Contrary to what its name may suggest, Carcass Island is a lively place for viewing breeding Magellanic and gentoo penguins

Carcass Island is the largest of the West Point Island Group, which is part of the Falkland Islands. Its name is no reflection of its habitation, but rather came from the HMS Carcass, the ship whose crew surveyed the island in 1766. The northwest portion of Carcass Island is owned by Rob and Lorraine McGill, whose traditional high tea with homemade cakes and cookies should not be missed.

A hike along the shores of Carcass Island provides great views of its bird life, which is ample due to the lack of rodents. Carcass Island birds include breeding Magellanic penguins and gentoo penguins, along with numerous waders and passerine birds. Several of these birds are even endemic to the islands, such as the Cobb’s wren and the tussac bird. 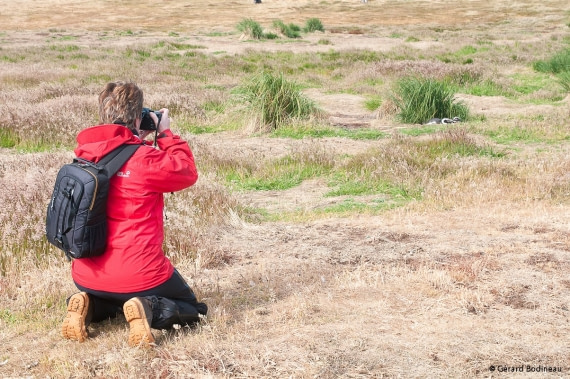