Formerly known as Glacier de Monaco and Liefde Bay-bræ, Monacobreen is a glacier that reaches down into Liefdefjorden in Spitsbergen.

Formerly known as Glacier de Monaco and Liefde Bay-bræ, Monacobreen  (or Monaco Glacier) is a glacier that reaches down into Liefdefjorden (The Love Ford) in Spitsbergen, Svalbard. If you’ve always wanted to get up close to the beauty of bergy bits, then an Arctic cruise to Monacobreen is just the thing for you.

Icebergs are the children of glaciers. When icebergs break off, the calving makes for an impressive spectacle, the cracking of the ice echoing out for kilometres around like sharp thunder.

Some icebergs, especially those calved in Antarctica, can be the size of small cities, however the Monacobreen variety (bergy bits) tend to be more petite, the larger samples coming in at only the size of container ships.

The display is startling and beautiful – the pristine blue-white icebergs sail slowly past the white caps and black rocks of the surrounding hills and mountains.

Monacobreen was named in the honour of the first Prince Albert of Monaco, a famed explorer of the early 1900s. He became a pioneer of what would eventually become the science of oceanography.

The prince was a firm believer in the importance of the relationship between living beings and their environment, a fairly innovative stance to take at the time.

If you’d like to explore the region that so fascinated Prince Albert I then we invite you to join us aboard our Svalbard cruises.

8 photos of Monacobreen
in de galerij » 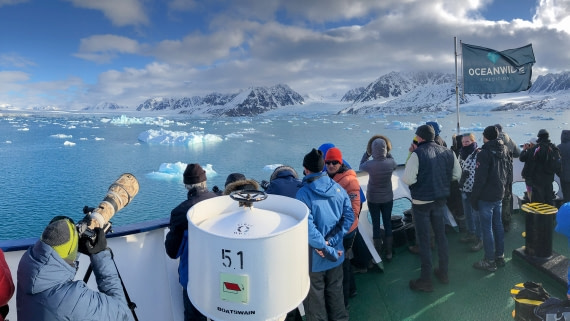 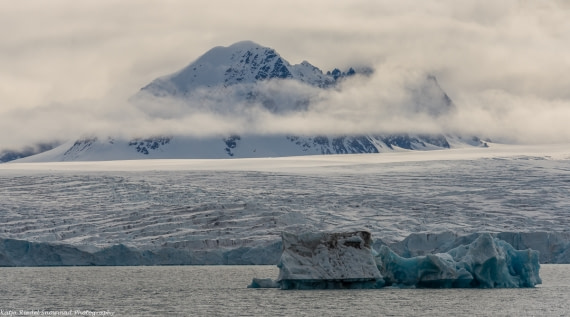