Venture beyond the polar circle, visiting some of Antarctica’s most wildlife-filled waters and islands

61 photos of trip
in the gallery »

This expansive expedition takes you into the Antarctic Circle, combining the rich animal life of the Weddell Sea with the surreal shores and islands of the Antarctic Peninsula. Such key landing sites as the legendary Elephant Island and Crystal Sound make this voyage truly exceptional.

This adventurous polar expedition in the Antarctic Circle combines the exciting Weddell Sea with the amazing Antarctic Peninsula, including such iconic landing sites as Ernest Shackleton’s legendary Elephant Island and the many icy and wildlife-filled islands of Crystal Sound.

Over the next two days on the Drake Passage, you enjoy some of the same experiences encountered by the great polar explorers who first charted these regions: cool salt breezes, rolling seas, maybe even a fin whale spouting up sea spray. After passing the Antarctic Convergence – Antarctica’s natural boundary, formed when north-flowing cold waters collide with warmer sub-Antarctic seas – you are in the circum-Antarctic upwelling zone.

Day 4: From Point Wild to the Weddell Sea

We will arrive early to the famous Point Wild, Elephant Island, where Shackleton’s crew made their first landing after the loss of their ship, Endurance. This inhospitable spit of land is a favorite among our guests, and if conditions permit, we will offer activities around the point before setting off for the Weddell Sea.

Today you enter the wondrous Weddell Sea, a relatively unvisited area in which we hope to carry out activities in Erebus and Terror Gulf. We may also visit such places such as Beak Island and Devil Island, which boast some stunning scenery as well as the pack ice for which the Weddell Sea is famous.

Day 6: Exploring the most remote regions

As we continue to explore the area of Erebus and Terror Gulf, we look for new opportunities for activities. You may also visit Vega Island, experiencing the wilderness of Antarctica in its most remote places.

Now we sail down the western side of the Antarctic Peninsula, entering the Orleans Strait. Here we hope to see humpback and orca whales as we sail toward Mikklesen Harbor for our afternoon activities.

Passing the Lemaire Channel, you next arrive in the area of Port Charcot, where there is a cairn that was erected by the French Antarctic Expedition of 1903 – 05. In the afternoon, we head to Petermann Island to see a great variety of birdlife. You might also enjoy Zodiac cruises among icebergs that are highly popular with leopard seals and crabeater seals. Minke whales, humpbacks, and gentoo penguins can also be found here.

Today we reach Crystal Sound, viewing the area’s beautiful ice formations and wildlife before landing at Detaille Island. This remote island was once home to a British research station that is now an historic monument.

Next you arrive at the Yalour Islands, a small archipelago composed mostly of isolated rocks and one principal island that offers us a rewarding landing. Home to Adélie penguins and some of the most southerly gentoos in the world, Yalour also has small patches of bearded and crustose lichen, including xanthoria, buellia, caloplaca, and usnea. Extensive moss beds and some Antarctic hair grass (Deschampsia antarctica) can be seen as well.

We have our farewell to Antarctica in the Melchior Islands for our final activities before heading towards the Drake Passage.

Day 15: There and back again

Every adventure, no matter how great, must eventually come to an end. It’s now time to disembark in Ushuaia, but with memories that will accompany you wherever your next journey leads. 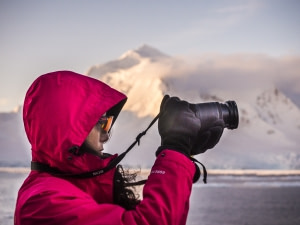 Participants with a special interest in photography will bring their personal photo equipment. The workshop must be pre-booked prior to departure. 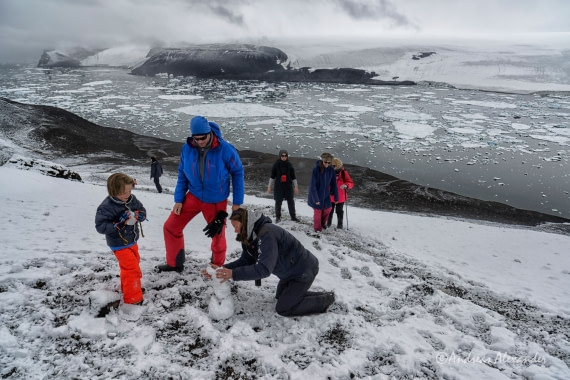 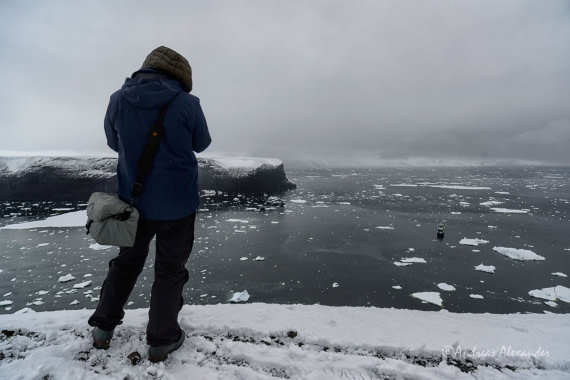 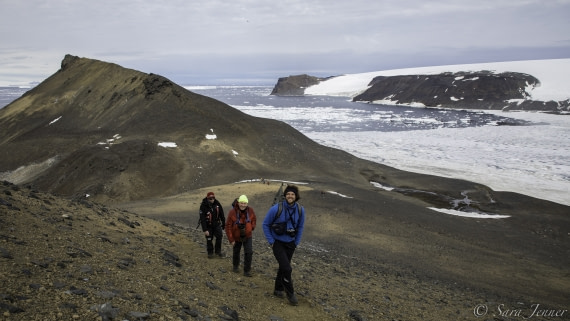