Explore one of Antarctica’s most iconic regions

The Ross Sea is a giant bay found south by south-east from New Zealand. Home of at least 10 species of mammal, 6 dozen species of birds, nearly a hundred types of fish, and around 1000 examples of invertebrate species. The Ross Sea is one of the few expanses of salt water that has been left (relatively) free of human impact.

Travellers to the Ross Sea are greeted by a massive geographical wonder – the Ross Ice Shelf. The shelf, roughly the size of France, is in fact part of a massive glacier that runs back onto the continent. The Shelf, referred to as the Ross Barrier by explorers like Shackleton and Scott, runs 700 km long at its northern end and towers 15-50 metres above the water.

Passengers aboard one of our Ross Sea Journeys will travel along the southern parts of the Antarctic Peninsula, Peter I Island, the Bellingshausen and Amundsen Seas into the Ross Sea. Visiting the Ross Ice-shelf, Dry Valleys, McMurdo Station, Campbell Island and the historic huts of discovery voyagers Scott and Shackleton. Ortelius will be equipped with helicopters. Be prepared for an unforgettable memory.

Cruises to the Ross Sea

OTL27-23 Sail to the southern parts of the Antarctic Peninsula, Peter I Island, the Bellingshausen and Amundsen Seas into the Ross Sea. Visiting the Ross Ice-shelf, Dry Valleys, McMurdo Station, Macquarie Island, Campbell Island and the historic huts of Scott...

OTL28-23 Sail to the southern parts of the Antarctic Peninsula, Peter I Island, the Bellingshausen and Amundsen Seas into the Ross Sea. Visiting the Ross Ice-shelf, Dry Valleys, McMurdo Station, Macquarie Island, Campbell Island and the historic huts of Scott...

Although I’ve been to the Peninsula many times, the opportunity to experience the Ross Sea and its historical sites for

The Eight Albatrosses of Antarctica and the Sub-Antarctic

Whether you’re bound for Antarctica, the sub-Antarctic, or some combination of both, this entry will give you all the im

Overall rating based on 8 votes

Best choice: the trip from february to march, at the end of antarctic summer. We reached Ross Sea and McMurdo Sound, we got to McMurdo Antarctic Station by helicopter, we went shopping there and had coffee a

So, I was lucky enough to win Oceanwide's contest for the Spectacular Ross Sea - an epic 30 day expedition across Western Antarctica. I knew it was going to be amazing. On paper, it sounded like the trip

Beyond expectations in every way

This trip exceeded my expectations in every way. I expected the destination to be fantastic, but being in Antarctica was more dramatic and beautiful than I had ever imagined. The ship also was more comfortab

Having previously travelled to the Antarctic Peninsula, my wife and I wanted to return to more distant parts of this gorgeous and fascinating place. The Ross Sea tour, with its abundance of natural wonders a

An adventure that will last more then one lifetime

It's so hard to put words to my experience. Of course there were things that i wanted to do that were canceled due to weather and ice, but that is the condition under which you go down there so I was pre

A fantastic place to be on a clear day. One of the highlights of the Ross Sea trip, if the weather allows.

Read full review »
All reviews or Write a review

The Ross Sea in Antarctica is one of the most remote places on Earth. Due to heavy pack-ice cover for the biggest part of the year it is off the beaten tourist track of Antarctica. Only the strongest ice-strengthened ships are able to penetrate this

As the Ross Sea is under the direct influence of the harsh Antarctic continental climate, temperatures are on the average low, around 1ºC (34ºF). In February – March, at the end of the Austral summer, temperatures can even drop slight

What to wear at the Ross Sea trip?

As it can be cold in the Ross Sea warm clothing is essential. Waterproof trousers and jacket against wind, rain and salt spray coming into the zodiac. Furthermore thermal underwear, fleece jackets, warm gloves and a warm hat are essential. Rubber-boo

How do I get ashore at the Ross Sea?

There are no harbours in the Ross Sea. Landings are carried out by zodiac and helicopter.

Where is the Ross Sea Located and how big is it?

The Ross Sea is located between the Marie Bryd Land and Victoria Land in the Southern Ocean. This deep bay is part of the Antarctica region, and it is near the Amundsen Sea. During an expedition cruise to the Ross Sea, you will see several islands an

Who discovered the Ross Sea?

Captain James Clark Ross commanded the first two ships (HMS Erebus and HMS Terror) to enter the frigid waters of the Ross Sea. Though he did not succeed in his mission to reach the magnetic South Pole during this 1839 - 1843 expedition, he

63 photos of Ross Sea
in the gallery »

While temperatures during the Antarctic winter months can drop as low as around -50°C, you can expect slightly more comfortable temperatures around -10°C - 0°C during your Ross Sea cruise.

If you’re wondering what clothing to bring, don’t worry, we have you covered. Follow this link and scroll about one third of the way down the page to get all sorts of clothing guidelines and tips. 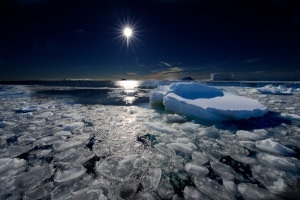 Facts about the Ross Sea

Travel to the Ross Sea

Travel to the Ross Sea and experience one of the most pristine untouched landscapes left in the world. Your Ross Sea expedition will be full of activities that let you take in the rugged and clean beauty of the area – hike the shores of Antarctica, visiti historical sites from the Golden Age of Exploration like the huts of explorers Shackleton and Scott, and enjoy unique helicopter flights to the Dry Valleys and the Ross Ice Shelf.

Your Ross Sea trip will also introduce you to a surprising abundance of wildlife. Go bird watching on the lookout for albatrosses and Petrels. Cruise along the shores in a Zodiac and say hello to seals and a variety of whales. Your Ross Sea holiday even lets you take helicopter rides to gain the maximum of everything in this spectacular place. 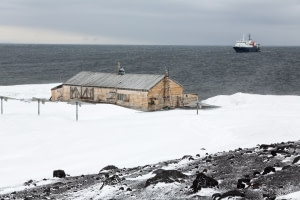