Anchoring in the bay of Diskobukta (found within the Svalbard archipelago of Norway) your Arctic cruise will offer you the opportunity to explore the pristine and quiet beauty of the Søraust-Svalbard Nature Reserve.

Located on the west coast of the island of Edgøya, Diskobukta is an anchoring bay leading visitors into a land of remote and hardy wildlife. It is home to immense colonies of black-legged kittiwakes, as well as land-based Arctic foxes, reindeer, walruses, and polar bears. Additionally, giant whale bones that were once covered by water have over time been exposed, ready to be investigated by curious adventurers.

The Søraust-Svalbard Nature Reserve (which includes multiple islands) is the second-largest nature preserve in all of Norway. Many of the Reserve’s areas are strictly off-limits to visitors, making the accessible areas all the more likely to present wildlife that feels safe in wandering over from the completely protected zones.

Wildlife lovers will enjoy cruising the islands around Diskobukta. The remote and protected nature of the islands have made them a mecca for birdlife (the Reserve was designated an Important Bird Area by Birdlife International) as well as being a major walrus breeding ground.

You can enjoy a visit to Diskobutka by joining us on one of our Spitsbergen cruises below. 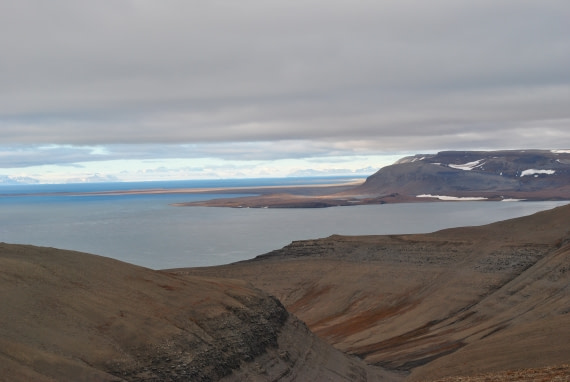