Oceanwide is one of the founding participants of Clean Up Svalbard, a waste removal program supervised by the governor of Svalbard in coordination with AECO, the Association of Arctic Expedition Cruise Operators.

Each year Clean Up Svalbard removes around 20 tons of waste from the beaches of Svalbard, the bulk of which is plastic pollution from nearby shipping and commercial fishing. The efforts of Oceanwide and other participating polar tour operators accounts for about three to four tons of this removal. In August of 2019, cleanups conducted from our vessel Hondius removed 1,000 kg (2,200 pounds) of waste alone. 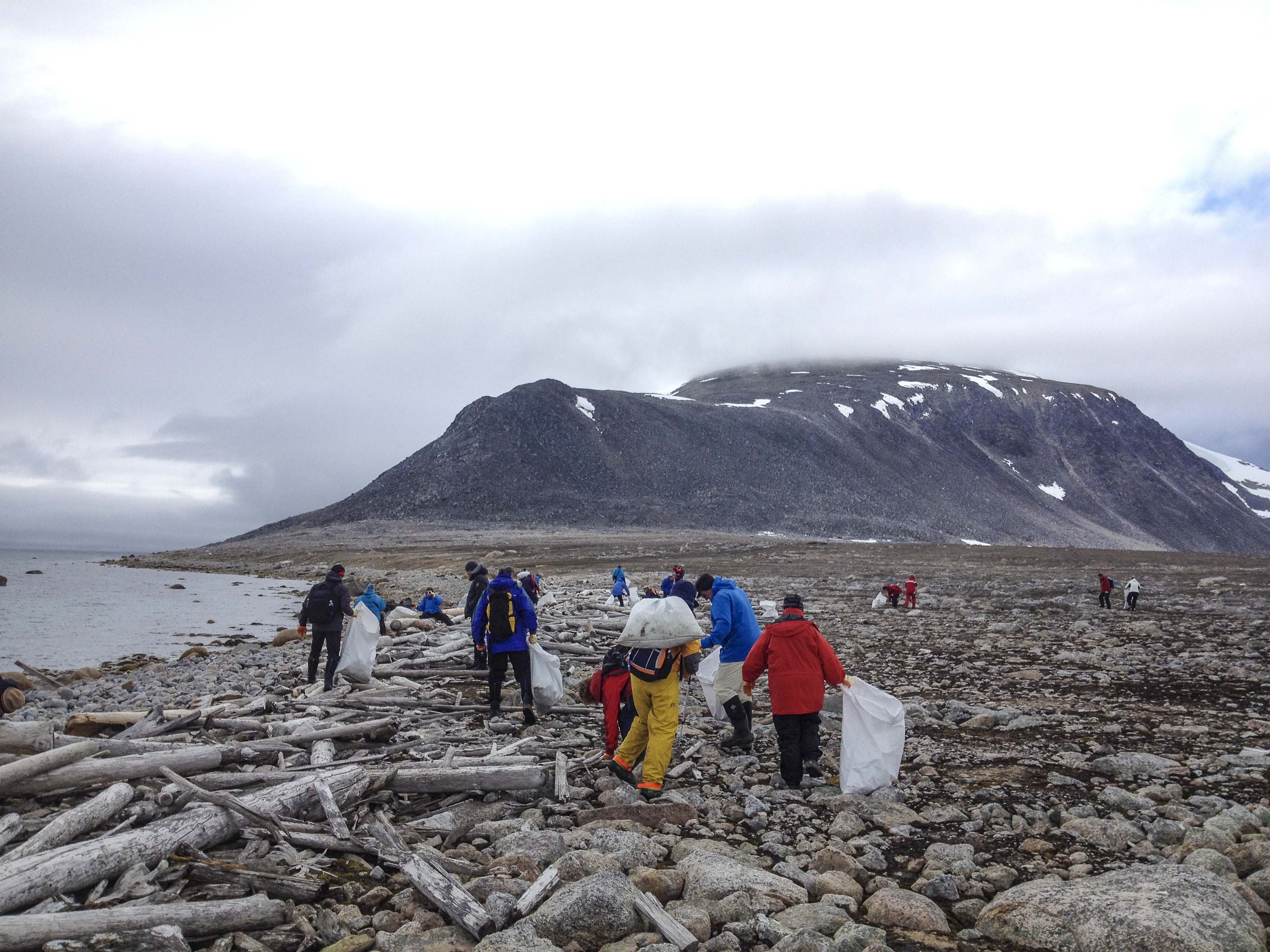 Large amounts of litter washes up on the beaches of Svalbard. As this waste takes a long time to break down, and in the case of plastics never breaks down entirely, it accumulates rapidly and poses a serious threat to local wildlife.

Litter can become entangled in the feet and beaks of birds or in the antlers of reindeer, condemning these animals to a long and painful death. Microplastics can also become stuck in the digestive systems of wildlife, often leading to starvation.

And it goes without saying that these synthetic materials clash terribly with the rugged beauty of Svalbard’s wild landscape. 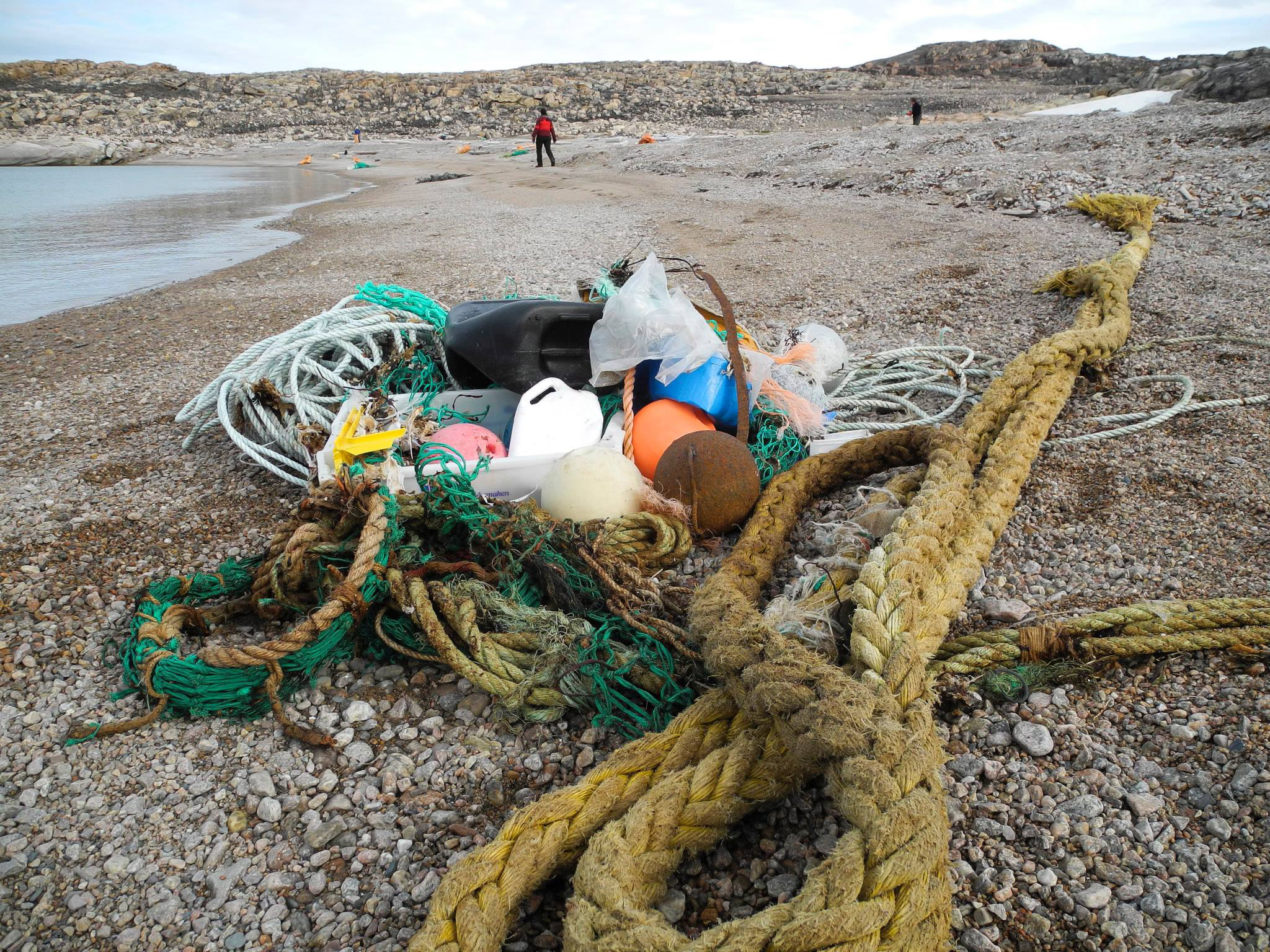 To combat this problem, the governor of Svalbard oversees two yearly beach cleanups conducted by local volunteers from Longyearbyen. These Clean Up Svalbard events are highly popular, just as our own beach cleanups are among our guides and passengers.

We deposit all collected litter into a dedicated bin in Longyearbyen at the end of our Svalbard voyages, where it can be processed in an environmentally friendly manner. 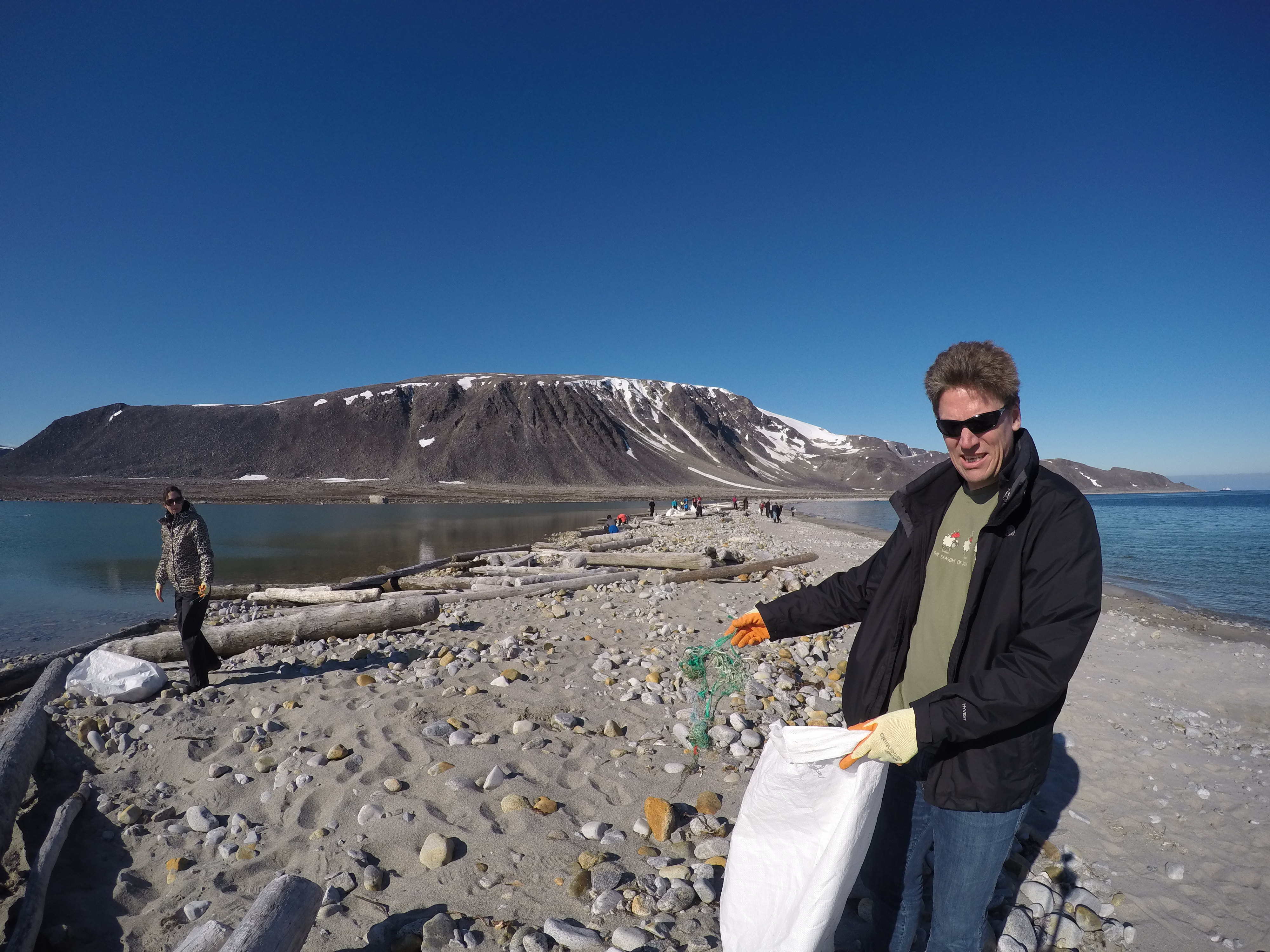