East Spitsbergen and Bear Island, In the realm of Polar Bear & Ice

89 photos of trip
in the gallery »

The east shores of Spitsbergen are a fantastic place to view gorgeously rugged landscapes and exotic Arctic wildlife, including minke whales, Arctic foxes, and polar bears. And speaking of bears, this exploratory cruise also visits Bear Island – a bird lover’s dream, where large colonies of Brünnich’s guillemots, kittiwakes, and fulmars breed on shoreline cliffs over spans of dazzling drift ice.

You touch down in Longyearbyen, the administrative center of Spitsbergen, the largest island of the Svalbard archipelago. Enjoy strolling around this former mining town, whose parish church and Svalbard Museum make for fascinating attractions. Though the countryside appears stark, more than a hundred species of plant have been recorded in it. In the early evening, the ship sails out of Isfjorden, where we might spot the first minke whale of the voyage.

There are 14 magnificent glaciers in the area, and we have a fair chance of encountering seals and polar bears. The nearby cliffs of Sofiakammen are also home to thousands of pairs of nesting kittiwakes and little auks, and in the evening, we might see thousands of harp seals rutting on ice floes at Sørkapp. 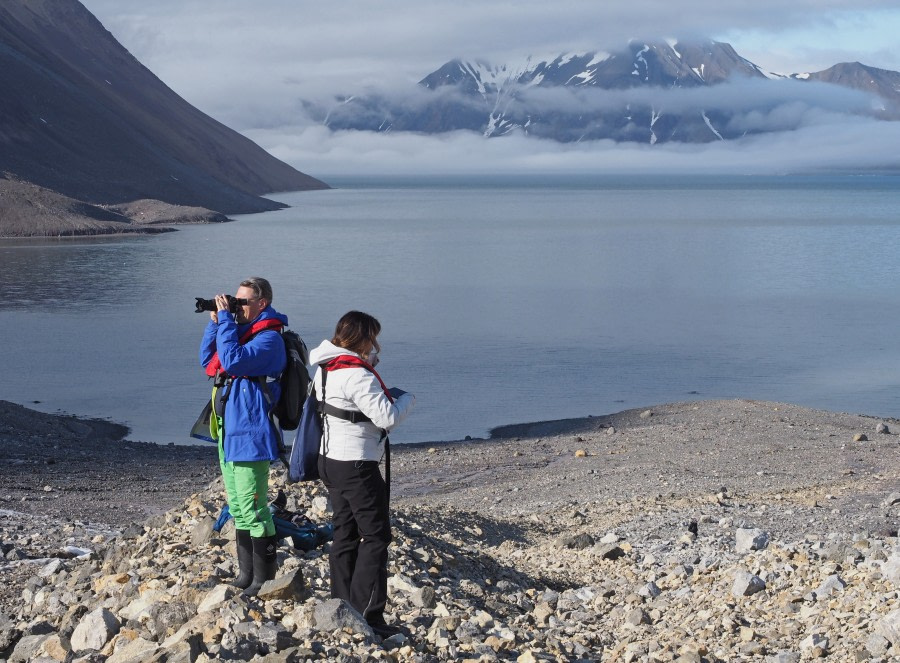 We arrive at the southeastern end of Bear Island, a great place for viewing large seabird colonies. The nearby nesting cliffs are part of an extensive nature reserve where large ships are not allowed to bring passengers on shore. Afterward we’ll sail northeast into Sorhamna, where we can get closer to the seabird cliffs. Chiefly Brünnichs guillemots, kittiwakes, and fulmars nest here.

Just north of this, in Kvalrossbukta, we will land and see the remains of a whaling station from early in the previous century. We might also make a landing in a shallow valley, such as Rendalen, and look for (at a safe distance) great skuas, large seabirds known to be fiercely territorial. As we continue north along the east side of Bear Island, we may still encounter dazzling shoals of drift ice.

On the way to Hopen, we may encounter sea ice with rutting harp seals. We land at the southern end of Hopen Island, at Koefoetodden, where you can see the remains of 17th-century whaling sites. Through nearby Bekkeskaret is an easy route to Kvasstoppen (190 meters, 620 feet) and the remains of a plane from World War II. Hopen Radio station is the most remote manned weather station in all of Svalbard.

Sailing along the western side of the Tusenöyane (where we’re not allowed to land in summer), you may see polar bears and walruses as we approach Risetreppen. This beautiful canyon features an accessible kittiwake colony. During our walk, we may encounter reindeer on the lush tundra. 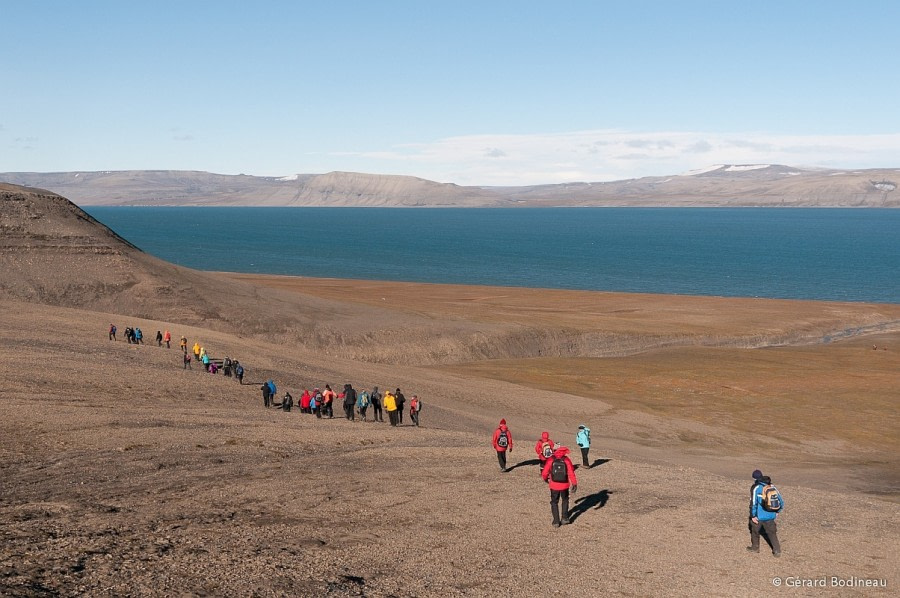 At Ardalstangen, we go on shore in an area with lakes and different species of waterfowl. Nearby in Habenichtbukta, we can look from some distance to a wintering site of 18th-century Pomor trappers, who often stayed for years in the same place. Later in the afternoon, we land at the south side of Russebukta, near a tundra with reindeer and great walking opportunities. 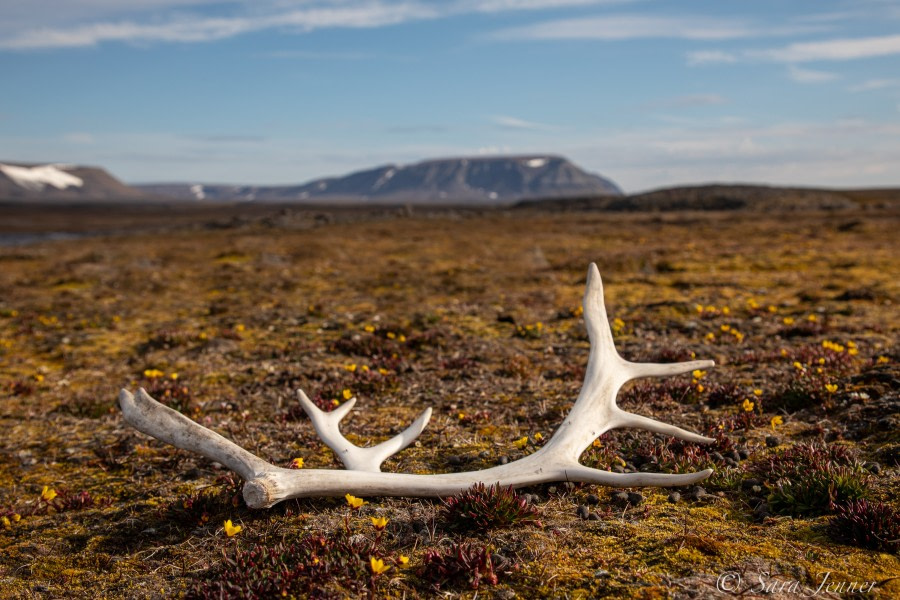 We continue our voyage in Bell Sund, one of the largest fjord systems in Svalbard. The ocean currents make this area slightly warmer than other areas in the archipelago, which shows in the relatively lush vegetation. Here there are excellent opportunities to enjoy both history and wildlife.

One possibility is Ahlstrandhalvøya, at the mouth of Van Keulenfjorden, where piles of beluga skeletons can be found. These remains of 19th-century whale slaughter are a haunting reminder of the consequences of rampant exploitation. Fortunately, belugas were not hunted into extinction, and you might even see one here. Alternately, we may land at Millarodden at north side of Bell Sund. Here we can see a walrus haul-out site and possibly make an excursion on the tundra of Ingeborgfjellet, with its thousands of little auks. 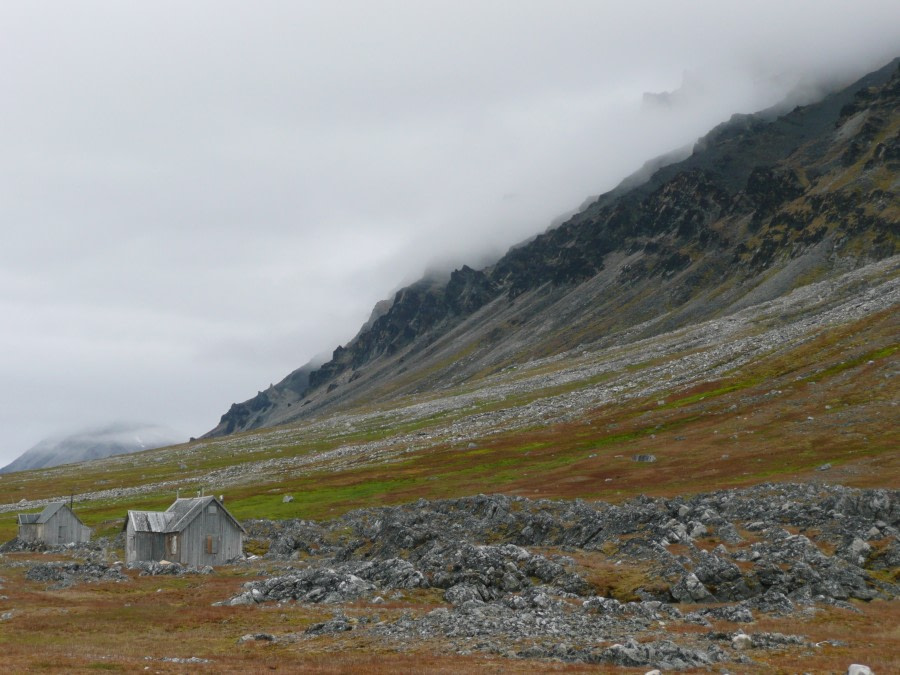 Day 9: There and back again

Our adventure comes to an end exactly where it started. Today you disembark in Longyearbyen, taking away memories that will accompany you wherever your next journey lies.

There will be easy, moderate and more demanding walks available in the vicinity of the landing sites. Rubber boots with a grip sole appropriate for hiking will be provided on our motor vessels but not on our smaller sailing vessel- for our sailing vessel you should bring your own sturdy ankle-high hiking boots and gaiters.

You must be advanced and experienced in dry suit and cold water diving. Diving is subject to local ice and weather conditions. Group size: minimum 8 divers. 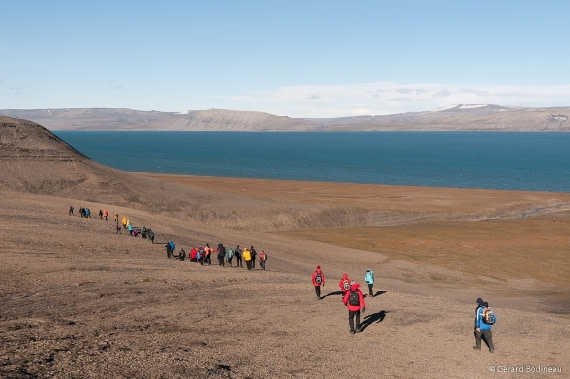 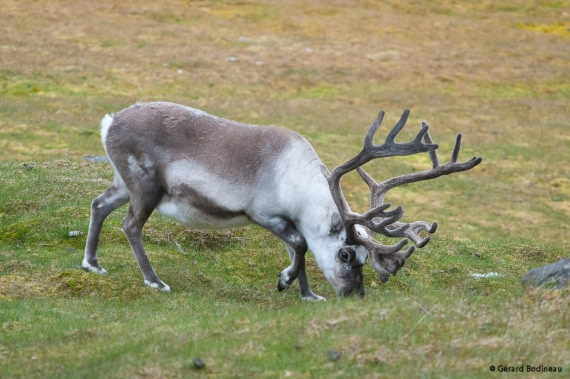 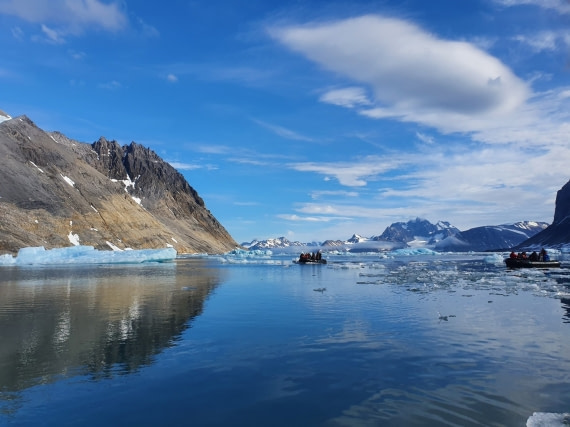