Positioned within Stromness Bay and linked to Stromness, Husvik is one of South Georgia’s more well-known whaling stations. A particularly impressive sight here is the whale catcher Karrakatta, which rests on a slipway near the station’s maintenance sheds.

Husvik and the whale catcher Karrakatta

During the later years of Husvik’s whaling operations, workers removed Karrakatta from the water and cut a hole in the side of her hull. They then used the vessel to provide steam power for the operation of machinery at the station.

Things to see around Husvik

Husvik stopped whaling operations in 1960. As with other whaling stations, the risk of asbestos and unstable buildings means we cannot get too close to Husvik, but we can take a scenic Zodiac cruise to see the station as well as the scale of whaling in the previous century.

Experience the best of the South Georgia

PLA22-23 Few places compare to South Georgia in terms of exotic wildlife and jaw-dropping scenery. On this exploratory voyage you can enjoy wandering albatross colonies while also seeing some of the biggest breeding spots for king penguins and elephant seals... 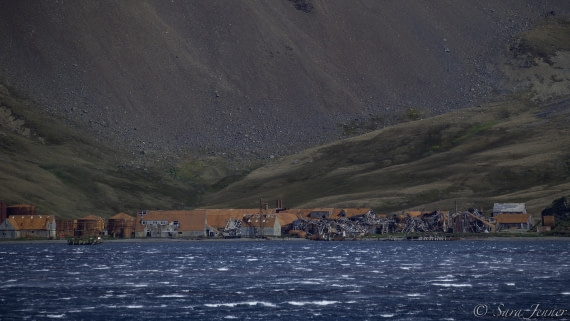