They may expend a great deal of energy in flight, but that hardly concerns these tightly nesting (though largest-living) members of the Alcidae family

How do Brünnich Guillemots feed?

Brünnich Guillemots are strong divers, able to reach depths of 150 metres and stay underwater for upwards of 4 minutes per dive. The average dive is between 20 and 40 metres.

The Guillemots often venture a long distance from their homes to find foraging – sometimes as far as 100 km away.

How fast do Brünnich Guillemots fly?

Brünnich Guillemots can reach speeds of 80 km per hour. However because of their short wings they are not very maneuverable and it takes considerable effort for them to take off.

Brünnich Guillemots form immense breeding colonies along cliff edges, the numbers sometimes reaching into the millions. They arrive at their nesting sites in spring but the actual egg-laying does not begin until around the beginning of June.

The “nests” are located on ledges and along steep cliffs. The nests themselves are not really nests – the eggs are laid on the bare rock.

One egg is laid. Both parents take turns incubating the egg (about a month) and raising the hatchling. Since the Guillemots require a tremendous amount of energy to take off into flight the parents are usually only able to feed the chick with one bit of food at a time.

Chicks are ready to leave the cliffs after three-quarters to one full month. They leave home by simply jumping off the cliff to plummet to the waters below. The male will stay together with the chick at sea another two or so months to teach the young how to fend for itself.

How long do Brünnich Guillemots live?

Brünnich Guillemots live about 20 years in the wild.

How many Brünnich Guillemots are there today?

Do Brünnich Guillemots have any natural predators?

Brünnich Guillemot chicks and eggs can be preyed upon by Glaucous Gulls, Arctic Foxes, and Common Ravens.

We have a total of
75 cruises 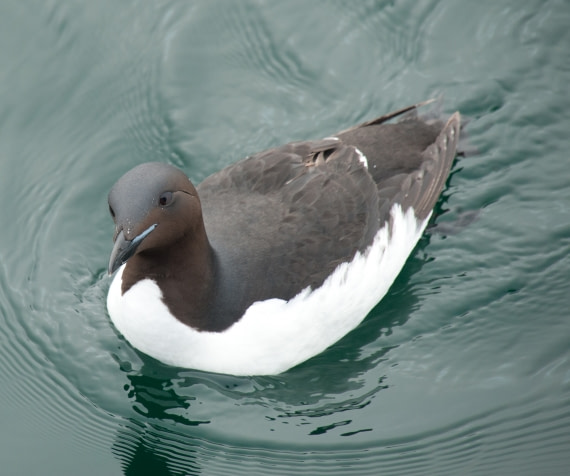 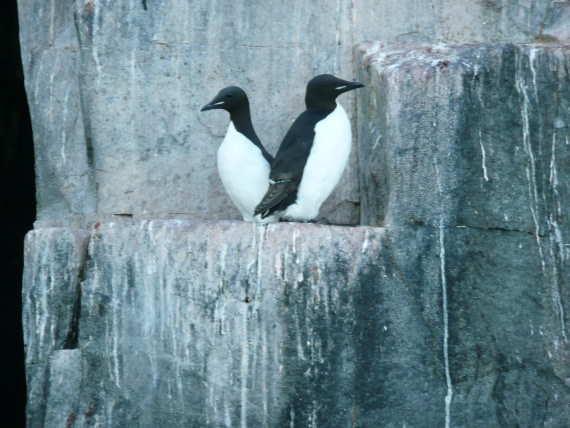 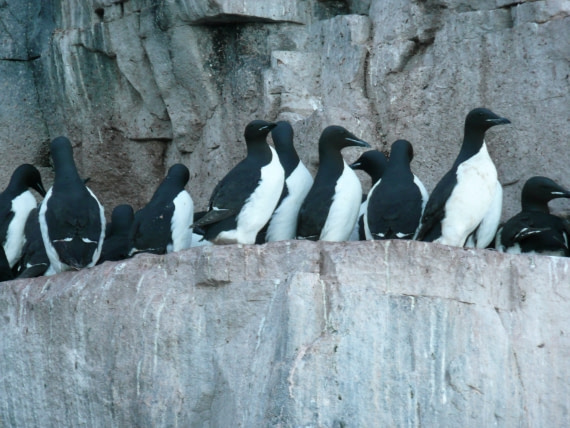