Though armed with the "stonebreaker" nickname and a quarrelsome reputation, these gentoo relatives are fading from the Antarctic – probably due to climate change

How do chinstrap penguins feed?

Chinstrap penguins can swim as far as 80 km (50 miles) off shore every day to forage.

Like other penguins, their tightly-packed feathers make them waterproof, and they have a thick wall of blubber, with blood vessels in their extremities that redirect heat to essential organs.

How deep can chinstrap penguins dive?

Chinstraps can dive as deep as 70 metres (230 feet), but usually their dives are fairly shallow compared to some other species of penguin. Their dives usually last less than a minute.

Chinstrap penguins are very social. During breeding season, they gather in enormous colonies on shore. They also have many noted forms of communication, including flipper and head waving, bowing, preening, and gesturing.

If arguments arise over nesting space, showdowns may include pointing, staring, and even charging if the situation gets really heated.

How fast do chinstrap penguins swim?

Chinstrap penguins can swim around 30 kph (18 mph). On land, chinstraps are tobogganers, laying on their bellies and pushing themselves along the ice.

Chinstrap penguins are generally monogamous, returning to the same mate every year. They return to land each year to form colonies, sometimes with over 100,000 pairs of adults.

In order to pair, male chinstrap penguins beat their chests with their flippers and raise their heads to screech. This action is quite often echoed by other males, and it is thought to synchronize the breeding season across a colony.

Male chinstraps arrive at the colony about five days before females. They then attempt to find the shallow bowls in the rocks that they (or other couples) used the year before, preparing their nests by adding rocks and even bones to rebuild it.

Females lay two eggs around the beginning of December, at which point both parents take turns incubating them in six-day shifts. The eggs hatch after about 37 days. Chinstrap chicks stay with their parents in the nest for up to a month, then join other chicks in a group known as a crèche.

The crèche helps chicks keep warm and makes it harder for predators to pick any one individual out. Once the chicks are about two months old, they molt, replacing their fluffy down with their waterproof coating of feathers. Now they’re ready to make their first foray out to sea, where they will learn to hunt for themselves.

Once the breeding season is over, adult chinstraps stay on shore an extra two weeks to molt, replacing their worn feathers with new ones in order to remain waterproof.

How long do chinstrap penguins live?

Chinstrap penguins live for about 20 years, in the wild.

How many chinstrap penguins are there today?

In 2018 the IUCN estimated there were about 8 million mature individual chinstrap penguins worldwide, but the population is thought to be decreasing.

Do chinstrap penguins have any natural predators?

Chinstrap penguins have to keep their eyes open for leopard seals and orcas, while eggs and chicks are vulnerable to birds such as skuas and giant petrels.

6 photos of Chinstrap Penguin
in the gallery »

Show cruise
Up to 2250 discount

We have a total of
62 cruises 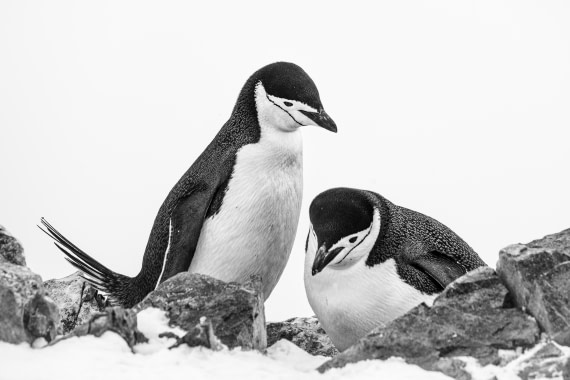 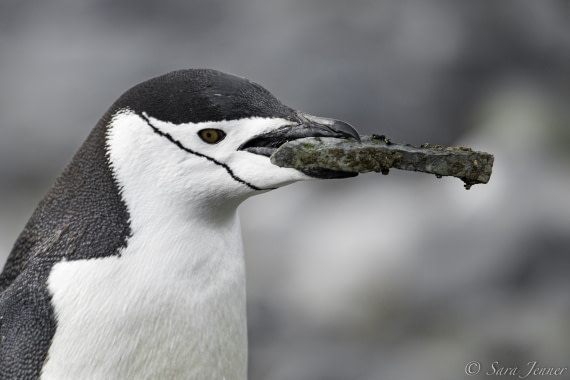 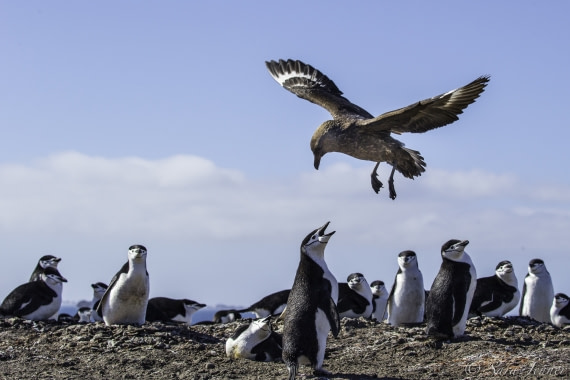