The most numerous bird in the Svalbard archipelago, these fast-growing "sea doves" have colonies that sometimes number in the millions

Location: Islands of the high Arctic.

How do Little Auks feed?

Little Auks are excellent divers, propelling themselves with their wings (as opposed to their feet). Little Auks can dive as far as 30 metres, getting under its prey and then zig-zagging its way back up to catch the fish from underneath.

How fast do Little Auks fly?

Little Auks are extremely fast, reaching speeds of up to 70 km per hour. However they are straight-line fliers, and not particular good at coasting or turning.

A Little Auk’s breeding season depends somewhat on where in the world they are located, but they generally return to their breeding grounds somewhere around April. They reach sexual maturity around 3 years of age and mate until about 8 years of age.

Little Auks spend their life at sea until breeding season, at which point they join large colonies on cliff sides, nesting in crevices, cracks, or beneath rocks. Competition for the best nest sites can be quite fierce, with the dominating bird chasing away other contenders into the air.

The nest itself is made up of pebbles. The female usually only lays one egg. Incubation takes about a month with both parents taking turns keeping the egg warm. Once hatched, the parents will feed the chick for another month, at which point it fledges and becomes able to fend for itself out at sea.

How long do Little Auks live?

Little Auks can live to be up to 25 years of age in the wild.

How many Little Auks are there today?

There are an estimated 30 million individual Little Auks in the world today.

Do Little Auks have any natural predators?

Little Auks are preyed upon by Arctic Foxes and Glaucous Gulls. Polar Bears will eat their eggs if they can find them.

1. The sheer numbers of Little Auks can have a major impact on the areas around their breeding grounds since they transport marine-based nutrient onto land where it is left as guano.

2. Little Auk chicks grow faster than those of any other species of Auk.

3. Little Auks are the most populous form of bird in Svalbard.

4. Little Auk breeding colonies are the largest colonies of any Auk species, some of them numbering in the millions.

5. Little Auks are the only member of the Auk species that has a specialized pouch in its throat which it uses to carry food to nestlings.

6. Although Auks resemble penguins they are not particularly related. One of the main differences is that all existing species of Auks can fly, though they have to flap their stubby little wings at extremely fast speeds to stay airborne.

Around Spitsbergen - Kvitoya, In the realm of Polar Bear & Ice

Full Spitsbergen Circumnavigation with a visit to Kvitøya

PLA12-22 This cruise around Spitsbergen gives you a great chance to see whales, foxes, reindeer, seals, and polar bears. The expedition will make a landing on the island of Kvitøya, a site of historical significance, and home of a large walrus population.

HDS01b23 Search for whales, and other Arctic wildlife of the land, sea, and air on an adventurous voyage from the Scottish port of Aberdeen to our favorite Arctic island group.

We have a total of
27 cruises 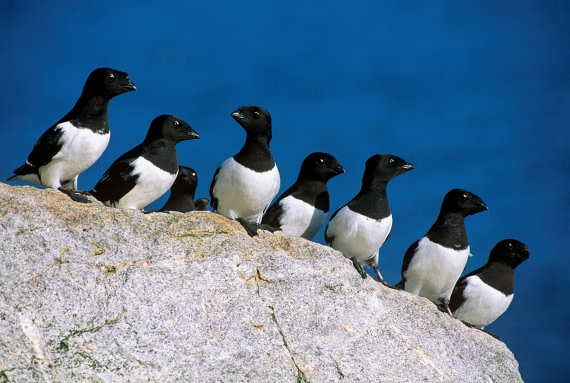 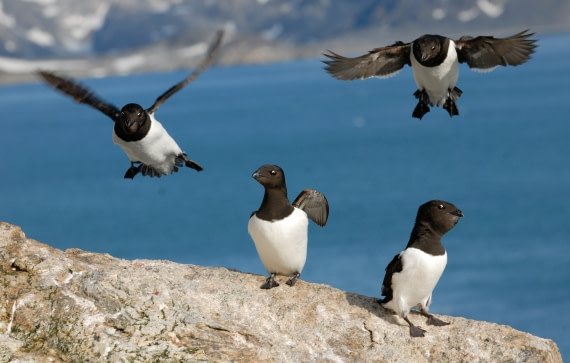 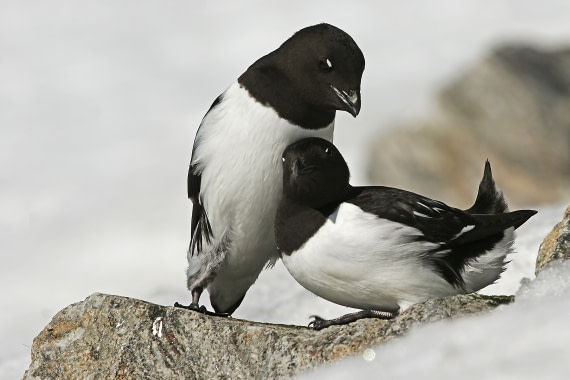