Though the smallest of the fin whales, these migrating mammals can let out a cry as loud as a plane taking off

How do Minke Whales forage?

Like other examples of baleen whales, Minke Whales while swim through schools of fish or areas rich in krill and gulp in water, then push the water back out through their baleen in order to trap the fish and krill inside. Their dives usually last in the range of up to 20 minutes. In order to gather fish Minke Whales will swim in circles around a school, decreasing the diameter of the circle until they are close enough to lunge into the balled up school of fish.

Minke Whales are fairly solitary, usually found alone. When Minkes are seen near other Minkes they do not display cooperative hunting habits like some other forms of whales.

How fast can Minke Whales swim?

Both male and female Minke Whales come to sexual maturity around 6 years of age. The mating season depends on the sub-category of the Minke, related to where in the world they’re located. The pregnancy lasts 10 months when a single calf is born, with a length of around 2.5 metres and weighs about 450 kg. When the calves are weaned about 6 months later they’ll have grown to almost double that length.

How long do Minke Whales live?

Minke Whales live around 40 years on average, though examples have been found living up to 60 years.

How many Minke Whales are there today?

Worldwide estimates for Minkes place their population at approximately 800,000, the highest number for baleen whales.

Do Minke Whales have any predators?

The only natural predators for Minkes are Killer Whales packs which hunt the solo Minkes in chases that can last an hour.

HDS23-22 This cruise delivers you to wondrous landscapes found in one of the harshest environments on Earth. Meet the great stars of the Antarctic, the penguins, found in the thousands in a variety of curious species.

We have a total of
72 cruises 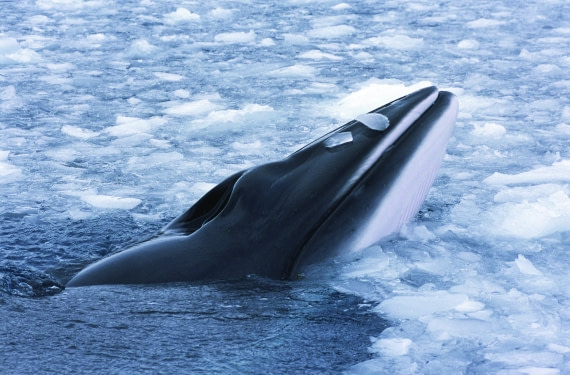