Awe-inspiring icons of the circumpolar north, polar bears are majestic to behold, terrifying to confront, and as essential to the Arctic as ice and snow

Background on the polar bear

Historic Laplanders feared and respected the polar bear so much that they refused to speak its name for fear of angering it. Instead, they referred to polar bears indirectly as the “old men in the fur coat” or “God’s dogs.”

Whatever the name, polar bears were always addressed with respect.

What do polar bears eat?

The mainstay of the polar bear diet is bearded seal and ringed seal. Not particularly swift on foot, these bears usually rely on stealth to sneak up on their prey.

They often swim vast distances, following their powerful senses of smell to openings in the ice (called leads) where swimming seals surface for air. Polar bears are not fast enough to keep up with seals in the water, so they crouch by these leads and wait for a seal to pop its head out.

You can guess what happens when one does.

If a polar bear spots seals already on the ice, it will lie down about 90 metres (900 feet) away.  And if the seal group remains calm, the bear will slowly advance downwind of its targets until it is close enough to attack.

An adult polar bear’s diet is centred on seal blubber and skin, which are full of calories. The protein-rich meat it usually leaves for its cubs.

When the ice has melted in summer and seals no longer need leads for air, polar bears will sometimes live off the fat stored in their bodies for months at a time. During these months, polar bears might eat anything -  rubber, Styrofoam, even toxic fluids. They might also hunt more formidable prey like musk oxen.

Polar bears tend to be loners, roaming the vast distances of the Arctic on their own. When they do encounter other bears, the interaction largely depends on the situation:

How fast can polar bears move?

A roaming polar bear walks at about 5 kph (3 mph). That speed gets cut in half if it is a mother bear leading her cubs. A polar bear can run up to about 40 kph (25 mph), which is the lower end of speeds reached by galloping horses.

Because polar bears are so bulky, they expend a large amount of calories when sprinting. In fact, it has been estimated that a polar bear would be unlikely to gain the calories back from a kill after sprinting for more than about 10 seconds.

Polar bears can swim about 10 kph (6 mph) and with their buoyant bodies can cover astonishing distances. The current swimming distance record for a polar bear is 686 km (426 miles) non-stop.

Mating generally takes place in late spring, in April or May. A male polar bear (starting around six years old) will follow the scented tracks of a fertile female (around four or five years old), often dueling other males in vicious fights that can leave both combatants with scars and broken teeth.

The victorious male will then mate with the female for a week, at which point the impregnated female will go off to gorge on food and store up as much fat as possible, doubling her weight. Around August or September, the female polar bear will dig herself a den on land (never on the ice floes). She will then hunker down into a state much like hibernation. She will not sleep, and her temperature will not drop like it would in true hibernation, but her heart rate slows from an average of 45 beats a minute to 25 beats.

The polar bear cubs (two on average) will be born between November and February. Polar bear cubs weigh around 450-700 g (1.0 to 1.5 lbs) at birth. The family will then stay holed up in their den while the babies feed on milk until mid-February to mid-April. Polar bear cubs spend another 10 to 15 days close to the den until they get more experience with the world outside, then they set off with their mothers on the slow march back to the seal hunting grounds.

How long do polar bears live?

Polar bears live about 25 years in the wild. In old age, they grow too weak to hunt properly and die of starvation.

How many polar bears are there today?

There are an estimated 25,000 polar bears alive in the wild.

Do polar bears have any predators?

When they are cubs, polar bears can be prey to wolves and adult male bears. As adults, polar bears can be injured by other polar bears (males fighting for mating rights) and by larger animals they unsuccessfully try to hunt, like musk oxen. As with most Arctic species, the greatest threat to polar bears is from humans. Climate changes have also reduced ice packs, meaning polar bears have to swim much farther to get themselves out of water, increasing the danger of drowning.

Polar bears generally avoid humans. But as the overall ice conditions thin, they are pushed closer to human habitations. The bears with regular contact with human settlements will investigate garbage dumps for easy food. Seals are much easier prey, with a far greater reward for the effort. Dangerous encounters with humans are rare, but when hungry enough, polar bears will indeed attack and eat humans. As more polar ice permanently melts, the number of these encounters is expected to increase.

Where can you see polar bears in the wild?

Polar bears can only be seen in the wild in their Arctic habitat. And though nobody can guarantee you will spot a polar bear on your Arctic cruise, there are a few locations we visit that offer some of the greatest odds.

The islands of Svalbard, for instance, are among the top regions in the world for polar bear sightings. Our Svalbard polar bear trips around the principal island of Spitsbergen are specially designed to maximize your chances of viewing these magnificent animals.

13 photos of Polar Bear
in the gallery »

PLA03-23 Start your North Spitsbergen cruise with a trek around historic Longyearbyen, then join our expedition to the north of the island to take in the fantastically beautiful landscapes, the thousands of seabirds, and of course the star of the show, the polar...

HDS04-23 Start your North Spitsbergen cruise with a trek around historic Longyearbyen, then join our expedition to the north of the island to take in the fantastically beautiful landscapes, the thousands of seabirds, and of course the star of the show, the polar...

We have a total of
60 cruises 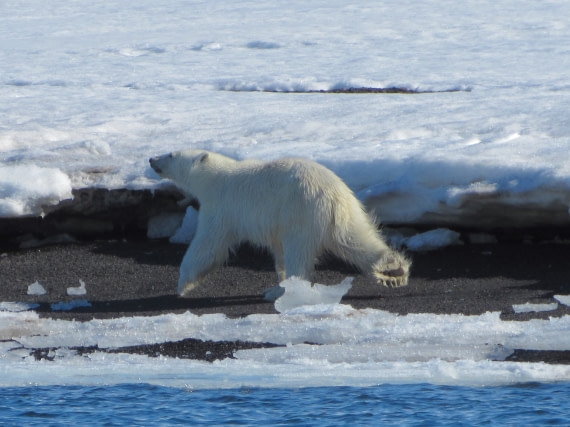 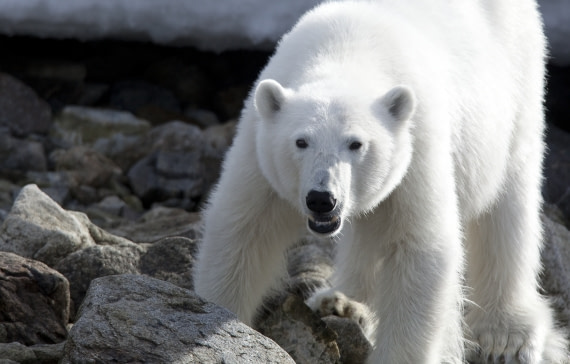 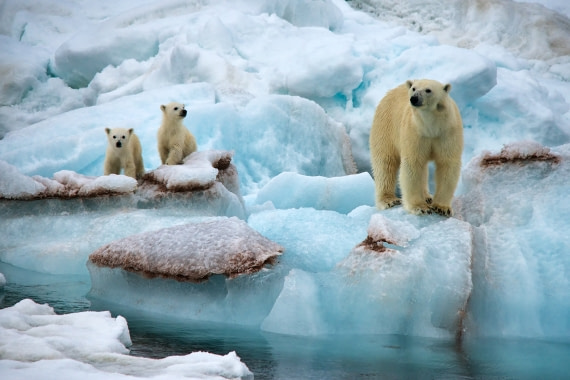