55 photos of trip
in the gallery »

Embark on an Arctic expedition that gives you the stunning ice-filled scenery of Spitsbergen's late winter combined with the enhanced wildlife possibilities of the budding spring.

You touch down in Longyearbyen, the administrative center of Spitsbergen, the largest island of the Svalbard archipelago. Enjoy strolling around this former mining town, whose parish church and Svalbard Museum make for fascinating attractions.

Though the countryside appears stark, more than a hundred species of plant have been recorded in it. In the early evening the ship sails out of Isfjorden, where you might spot the first minke whale of your voyage. In the evening you sail for Trygghamna, where you see the remains of a 17th-century English whaling station and 18th-century Pomor hunting station, both of which you can visit the next morning.

You sail into Fuglefjorden amid views of Svitjodbreen and Birgerbukta, both breeding areas for great skuas as well as likely spots to see a polar bear.

On Birgerbukta you can see 17th-century Basque ovens once used for cooking whale blubber. The aim next is to visit Ytre Norskøya, a small island that served for many years as a Dutch whaling lookout. Here you can still follow the whalers’ tracks to the summit of the island, passing popular bird cliffs on the way.

On shore are the remains of more 17th-century blubber ovens, while Arctic skuas and common eiders breed among the graves of some two hundred Dutch whalers.

Next we sail to Raudfjorden, on the north coast of Spitsbergen, a fine place for gazing over the glaciers. It’s also a favorite hangout for ringed and bearded seals, colonies of seabird, and the occasional polar bear and beluga whale. Our plan is then to visit Ermaktangen, where you can enjoy great views of the fjord coast.

Day 6: On to the little auks

You next head north for Kongsfjorden. Here the landscape is likely to show signs of winter, with crags and slopes still blanketed in snow.

Our aim is to visit places of historic interest: Ny London, where you can see the remains of early 20th-century marble mining, and Ny Ålesund, the northernmost community in the world.

There are also research stations and the famous anchor mast of the dirigible Norge, which took the first flight across the North Pole to Nome, Alaska in 1926.

Today we sail to 14th July Glacier and by the nearby impressive bird mountain. We do not land here, but you will have the opportunity to watch the breeding birds from the ship or Zodiac at a close distance.

Then in Krossfjorden, we sail by a puffin breeding spot and into Lillehook Glacier, the largest glacier front in Spitsbergen. Here you can see foraging kittiwakes. We may also land in Signehamna, where the German Kriegsmarine had a weather station during World War II.

Ebeltofthamna is another place of historical interest, being the first whaling station on land in this area, with graves of English whalers from the very early 17th century. Ultimately, the extent of fjord ice dictates the itinerary here.

On your journey south, the goal is a landing at Fuglehuken. Here you see remains from the great era of polar bear hunting. There are also large seabird colonies and a haul-out spot for harbour seals.

Alternatively, we could land at Forlandsundet or Sarstangen. Walruses are occasionally seen in these places, and their tundra is a fine place for a walk. 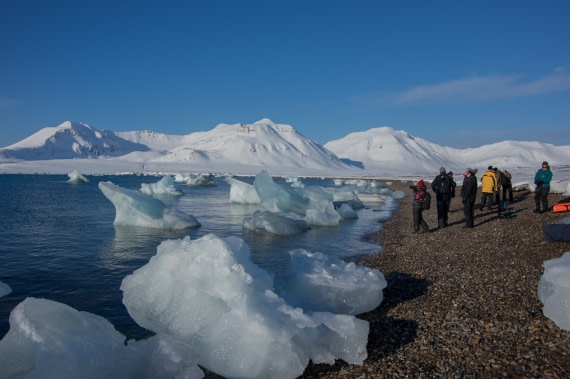 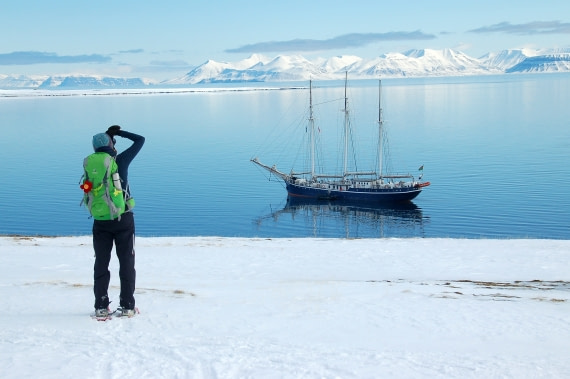 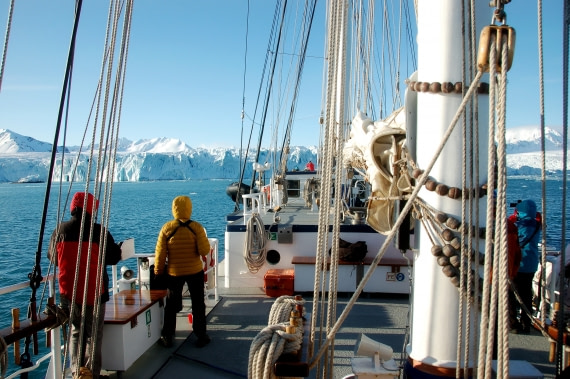